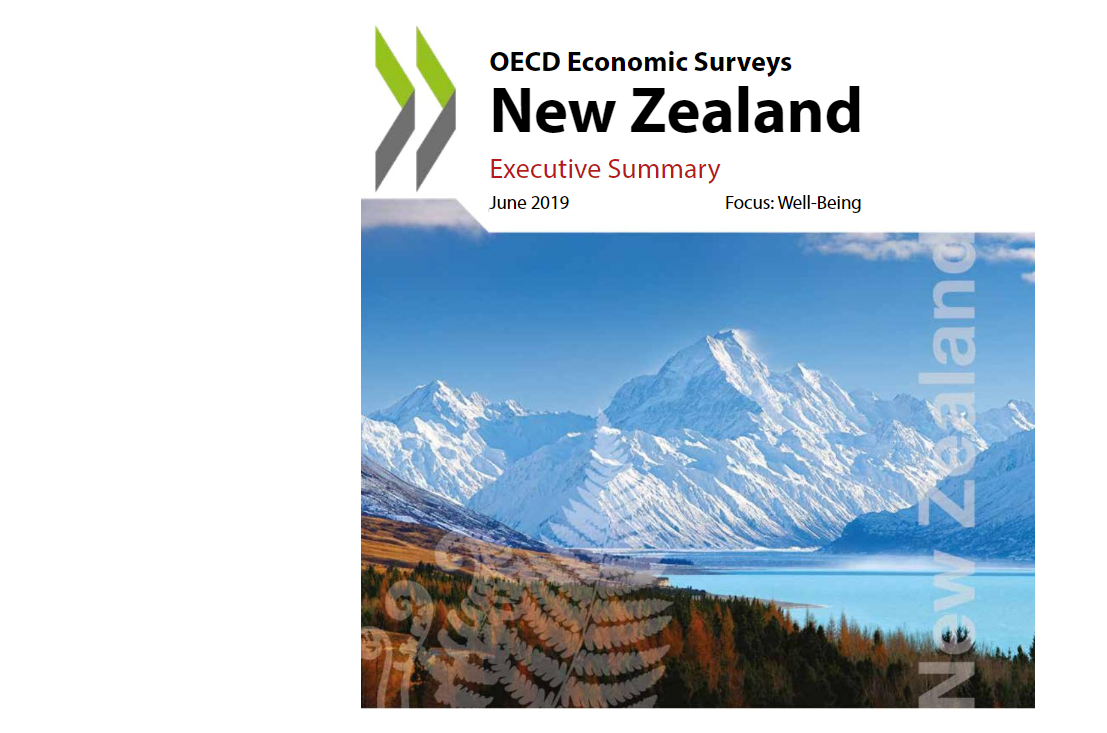 The New Zealand Government has welcomed the OECD 2019 Survey of New Zealand report, saying its recommendations fit the policy direction the Government is taking. Carried out every two years, the Organisation for Economic Co-operation and Development (OECD), which was founded in 1961 to stimulate economic progress and world trade, was in New Zealand during October and March to carry out and test its research. The surveillance and survey looked specifically at New Zealand through a wellbeing frame and found that:

The OECD found that “current wellbeing in New Zealand is “generally high” with performance “very good for employment and unemployment, perceived health, social support, air quality and life satisfaction”. It highlighted that it’s important the Government continues to run surpluses and keep debt under control, with the 2019 survey noting that a sharp slowdown in China and natural disasters are the two most possible severe shocks that could affect New Zealand.

Many of the recommendations received by the report are covered by policies announced in and around the Wellbeing Budget. For example the OECD report recommended the Government provide greater venture capital support for early expansion stage firms and boost support for collaboration between research institutions and industry.

“We’ve also announced more Government investment to back our start-ups to commercialise their ideas and grow.”

On 29 May 2019, after a year of speculation, New Zealand’s Labour coalition government announced its “world-first” wellbeing budget, which focuses on five priorities:

Mental health received the biggest funding and investment boost on record, receiving NZ$1.9bn. Half a billion was earmarked for the “missing middle” particularly – New Zealanders suffering from mild to moderate anxiety and depressive disorders that do not require hospitalisation but significantly affect quality of life.

Close to half a billion will be spent on new frontline mental health workers stationed in doctors surgeries and Indigenous clinics, with the government aiming to help 325,000 people with “mild to moderate” mental health and addiction needs by 2023-24.

Measures to combat family violence also received a record investment of $320m in a bid to tackle the country’s entrenched family and sexual violence statistics. In New Zealand, the police respond to a domestic violence incident every four minutes.