The situation of the COVID-19 outbreak is changing on an hourly basis and breaking news updates are constant. If your mental health is suffering, here are some good news stories you might have missed this March…

1. In a revolutionary medical treatment, a man’s lung was removed, cleaned and replaced – no transplant necessary…

The surgical procedure, performed at the Beilinson Hospital in Israel, disconnected one lung, removed it, cleaned it of cancerous tumours, inflated it to ensure it was still working, and then placed it back in the man. All the while, the patient continued to breathe out of his good lung.

The man, who was in his mid-40s, was hospitalised after a tumor in his left lung blocked the main artery, leading to its collapse. Doctors originally thought that his lung would need to be re-sectioned while he embarked upon the dangerous road of waiting for a transplant.

The procedure has the benefit of not only avoiding the sometimes years of deterioration that patients have to endure before a suitable donor is found, but also saves them from the ravages of chemotherapy.

2. Man redesigns MRI machine to delight children instead of scare them… 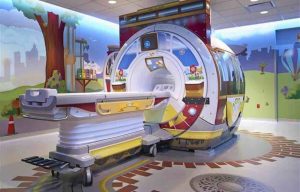 For young children, undergoing magnetic resonance imaging tests and CT scans can be a scary thing. A high percentage of young patients require sedation in order to undergo the ordeal. Having witnessed this trauma, industrial designer Doug Dietz was inspired to create the MR Adventure Discovery Series.

In partnership with GE Healthcare and the University of Pittsburg Hospital, Dietz redesigned scanners to feature “adventure” environments that excite kids rather than scare them. The adventures include aromatherapy, calming decorations, and in some cases, disco ball bubbles that transport patients to another, more imaginative world where simple commands to get the scan done accurately become part of the adventure. For example, children are asked to lie down inside of a canoe and hold still so they don’t rock the boat.

Designer giant LVMH, owner of brands such as Christian Dior, Givenchy and Louis Vitton has swapped out its production of popular fragrances and are now churning out bottles of hand sanitiser and antibacterial gel. The hydroalcoholic gel produced in the French factories will be provided to health authorities free of charge.

The luxury goods maker says it wants to help tackle a nationwide shortage of the anti-viral products across France. A number of distilleries around Australia are doing the same, including Bundaberg Rum, Manly Spirits and Archie Rose. These products are selling faster than they can be made. More locally, Byron Bay-based Lord Byron Distillery is selling hand sanitiser from $2 per 50ml.

A study of the second HIV patient to undergo successful stem cell transplantation from donors with an HIV-resistant gene has shown no active viral infection for 30 months. The study authors say that while there was no active viral infection, there are remnants of integrated HIV-1 DNA, referred to as “fossils”. These so-called fossils are unlikely to be capable of reproducing the virus.

The findings show that the success of stem cell transplantation could be a cure for HIV. The first patient (from Berlin) has been virus free for nine years.

The last Ebola patient treated in the Democratic Republic of Congo went home from a treatment centre on 3 March – a significant step in the countdown to ending the outbreak. Health care workers were singing and dancing with the patient as many gathered at the centre to celebrate her release from hospital.

#HealthHeroes in #Beni celebrating the last #Ebola patient in #DRC to be discharged from a treatment centre! @WHO congratulates all of our partners. We will remain in full response mode for the remainder of the observation period. pic.twitter.com/Hxjir9EwYL

Google Translate has launched Transcribe for Android, a feature that delivers a continual, real-time translation of a conversation. The Live Transcribe speech engine coupled with cloud tensor processing units delivers multiple updates to a translation every second.

Rolled out in eight languages, it will help health, social and community care workers understand English, French, German, Hindi, Portugese, Russian, Spanish and Thai. The news follows the announcement that Google Assistant now has the ability to read or translate 43 languages from a website with simple voice commands.

Scientists at the Wake Forest Institute for Regenerative Medicine have created the world’s most sophisticated lab model of the human body. The miniature organs, known as “organoids” may be one millionth the size of a human organ, but they’re perfect for testing new drugs.

The advanced system of organoids has successfully been used to determine whether or not a given pharmaceutical is toxic in the human body, which could eliminate the need for animal testing and petri dishes. The full study appears in the scientific journal Biofabrication. 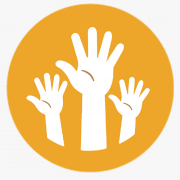 On Monday 21 March, UK Health Secretary Matt Hancock announced a drive to recruit 250,000 NHS volunteers to help with things like collecting patients from hospital and delivering medicines to people in vulnerable groups. By Wednesday 23 March, 405,000 volunteers had signed up.

Personal trainers and fitness coaches have swapped gyms for You Tube channels and are helping people stay fit while at home. Fitness guru Joe Wicks has taken his routines for kids to live streaming and parents all over the world are loving his 30 minute daily P.E. with Joe routines. Latest views were over 4.6 million!