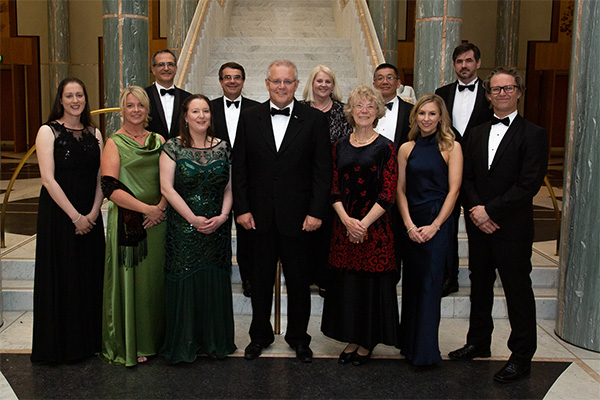 The Prime Minister’s Prizes for Science are Australia’s most prestigious awards for outstanding achievements in scientific research, research-based innovation, and excellence in science testing. In October, the second major prize went to a group of four scientists for their work on Venotoclax, a drug used to ‘melt’ cancer.

Clinical trials of the new anti-cancer drug showed Venotoclax was effective in killing cancer cells in people with advanced forms of chronic lymphocytic leukaemia (CCL) when conventional treatment options had been exhausted. 79% of those involved in the trial had promising responses to the breakthrough therapy – including 20% who went into complete remission.

A small number of patients had such a profound response that even sensitive tests were unable to detect any remaining leukaemia in their bodies.

Professor Andrew Roberts, a clinical haematologist at The Royal Melbourne Hospital and cancer researcher at the Walter and Eliza Hall Institute said,

“Many patients have maintained their positive response more than one year after their treatment began, and some patients remain in remission more than four years on.”

The drug has now been listed on Australian Pharmaceutical Benefits Scheme (PBS).

Venetoclax is based on a discovery made at the Institute in the late 1980s, that protein called BCL-2 helps cancer cells survive indefinitely. Since then, scientists worldwide have been searching for ways to target BCL-2 as a means to treat cancer. What types of cancers can venetoclax treat?

The US, EU and Australia have approved venetoclax for use in some patients with chronic lymphocytic leukaemia (CLL).

Clinical trials using venetoclax to target other forms of blood and breast cancers are currently underway. Preclinical testing also suggests drugs that target BCL-2 could be used to improve treatments for lung and prostate cancers.

Why We Need to Talk About Ageism

Why We Need to Talk About Ageism
Scroll to top