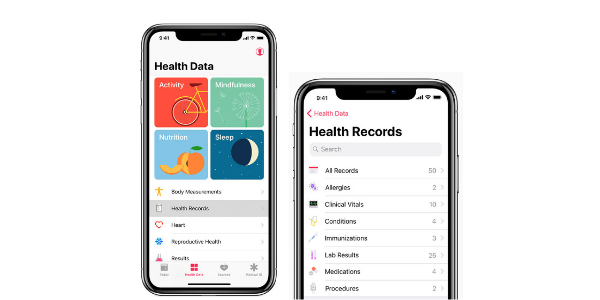 Can Apple Make a Difference in the Healthcare Market?

Earlier this year, Apple announced its goal of building the first healthcare platform friendly to third parties, with the personal health record at the centre. They are building an ecosystem on top of the health record and making healthcare and wellness a core part of its app, services and wearable strategies.

With more than $7 trillion in health spending every year (almost 10% of global GDP) the market opportunity in healthcare is huge. On top of this, tech giants like Google and Amazon are becoming more competitive with Apple – making phones, home hardware, wearables and so on. The more other tech giants move into Apple’s territory the faster Apple runs towards new market opportunities: in this case, healthcare.

When Apple announced its goal of building the first healthcare platform friendly to third parties, they announced to their competitors that they will keep people in their ecosystem. The lack of an existing third-party developer ecosystem for healthcare data is an open opportunity for Apple and one that’s not too dissimilar from the ecosystem it created in its app store.

This is more conceivable thanks to the proliferation of FHIR (Fast Healthcare Interoperability Resources) technology, which looks to increase interoperability among hospitals, physicians, and other relevant parties.

FHIR creates standards for different data elements so that developers can build application programming interfaces (APIs) that can be used to access datasets from different systems. Apple is part of the group pushing this standard forward. As patients move around the healthcare ecosystem, their electronic health records must be available, discoverable, and understandable. Further, to support automated clinical decision support and other machine-based processing, the data must also be structured and standardised.

Will Apple make a difference?

While healthcare might seem like an area outside of Apple’s expertise, it has many advantages relevant to the space, its brand being one of the biggest. Let’s not forget that it’s rumoured there are 1.4 billion active Apple users in the world.

The Apple brand includes an ecosystem of products that work seamlessly with each other. This makes consumers invest more of their time, data, and preferences into Apple products — which makes them indispensable.

Various existing healthcare players have notoriously terrible brand and customer experience, which has been Apple’s focus as a company. So can Apple make a difference?

We all know that healthcare is moving to a more proactive model, requiring service providers to reach out to patients and learn more about individual need. Having a strong brand is a major component of this, yielding to a smoother user journey. If Apple can bolster its software and make this work, there could be big changes on the horizon.